Three of my former Microsoft golf team buddies suggested we get together for a round to celebrate my birthday.  So I was up early for a 7:06 tee time at Druid’s Glen.  What a spectacular morning.  A light fog still hovered over the various ponds, deer bounded across the practice range and Mount Rainier loomed impossibly clear. 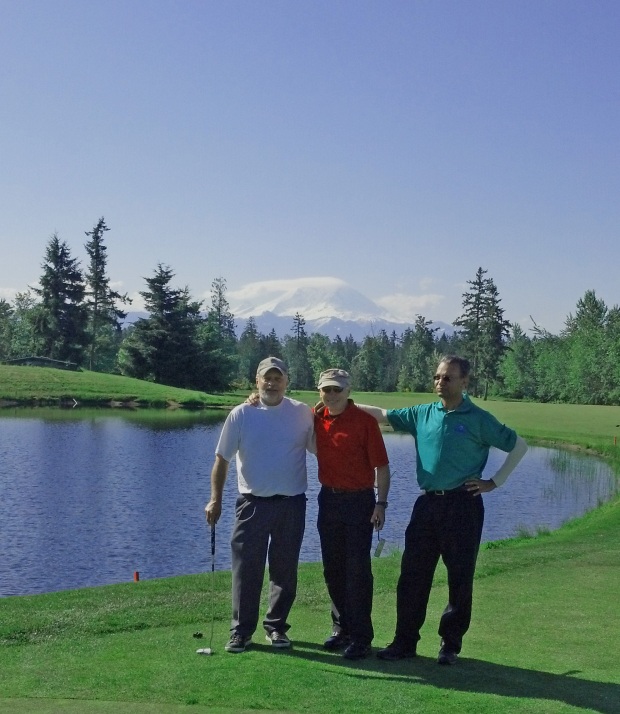 Me, Michel Cote and Julian Benjamin on the ninth green

After a shaky start –six over par after three holes– I settled down, finishing the front nine with a 34-foot birdie putt.  I ended the morning with a satisfying 89, my best score at Druid’s with it’s 134 slope rating.  It’s the first time I’ve broken 90 on a course with a slope rating of 130 of higher.

This entry was posted on 26-May-2012, 3:00 pm and is filed under Golf, Personal. You can follow any responses to this entry through RSS 2.0. You can leave a response, or trackback from your own site.