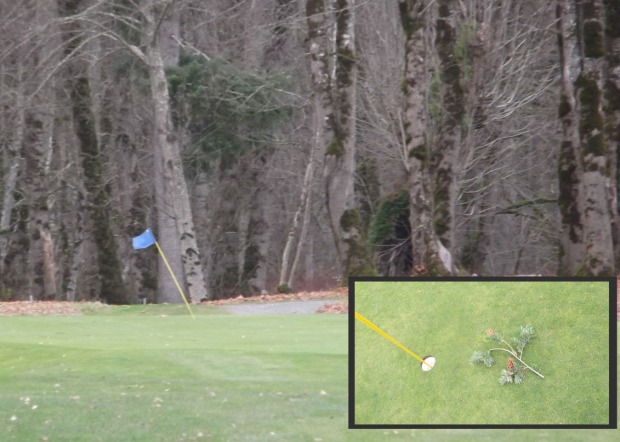 Even though it’s Trisha’s birthday, she let me zip out this morning to get in a round of golf.  Looking at the extended weather forecast this might be the last outing for 2012.  I played yesterday in brisk, windy conditions and shot an OK 86.  I felt my swing was coming around some on the back nine so I was doubly anxious to squeeze in another eighteen holes.  It was windier than yesterday; gusts at around 30 mph, I estimate.  Nonetheless, I had a really solid first twelve holes, heading to number 13 just five over par off a rare birdie at the long par five 12th hole featuring a 200-plus yard approach shot to inside two feet.  I also finished the front nine with just 11 putts.

I didn’t hold things together over the final six holes, going +7 to end up with an 84.  But with leaves, twigs and pine cones flying around I was pleased enough. No balls in the woods or river, either.

It’s difficult to believe it’s been 1,000 days since I retired.  The perception of time –how fast the days pass– is surely the thing that is most different since I stopped working.  I can vividly recall that first Monday in March 2010 when I slept in, got up and didn’t have to be somewhere at a specific time.  What liberation!

It has been a most wonderful thousand days, including:

Oh, and all the home remodeling (not on my original list of retirement goals). 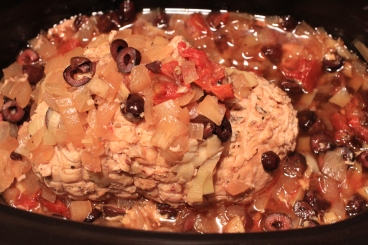 We decided to stay at home for Thanksgiving and I prepared a slow cooker recipe we’d done a couple of times before: it has become one of our favorites.  It’s a boneless turkey breast with kalamata olives, onion, sun-dried tomatoes, and artichoke hearts. We completed our plates with sweet potatoes, peas, dressing and gravy.  A little sangria topped off our most tasty holiday meal.

After two trips to Texas and many rainy days I finally got in another round of golf.  It’s been thirty-five days since I last played and indeed I felt very rusty over the front nine.  Incredibly steady putting (23 putts for 18 holes) overcame my inconsistent ball-striking and I salvaged an 86 for the round.  I had just 10 putts on the front nine holes, 13 for the first twelve holes.

Hit 1,000 miles on the new Acura today,  thirty-four days since we picked it up.  That would add up to about 10,735 miles for the year, just about exactly what the Federal Highway Administration says is the average for a person in my age group.  I bet we end up with a lot more than that.